Rainforests - about their habitat

Orangutans live on the Southeast Asian islands of Sumatra and Borneo, in both primary and secondary tropical rainforests.  A primary rainforest is one that remains in its natural state, while a secondary rainforest has been disturbed in some way, resulting in a less developed canopy structure.  Annual rainfall varies from about 3000 mm in Sumatra, to 4300 mm in Borneo.  Temperatures on Sumatra range from 17°C to 34.2°C, and from 18°C to 37.5°C in Borneo, with high humidity on both islands year-round.

Orangutans are usually found in lowland swamp forests, which provide high quantities of food throughout the year.  Peat swamps show the second highest concentration of orangutans; while dipterocarp forests, whose fruit supply varies from year to year, show only a minimal population of orangutans.

Sumatra contains lowland swamps and wide, mountainous regions, with elevations of up to 1500m. Orangutans in Sumatra are found mostly in the lowland dipterocarp and peat swamp forests. Higher elevations, which contain less tree diversity, show smaller populations of orangutans.  The high density of orangutans in the dipterocarp forests of Sumatra, may be the result of mast fruiting, which occurs every two to ten years. Mast fruiting is a phenomenon in which a large number of trees simultaneously produce fruit for no apparent reason. During this time, orangutans overeat, storing additional fat in their bodies. This inclination to overeat may be why captive orangutans often struggle with obesity.

Borneo consists largely of peat swamp and dipterocarp forests. Orangutans on Borneo are usually not found at elevations higher than 1000m, however, they still reside in the remaining forested habitat 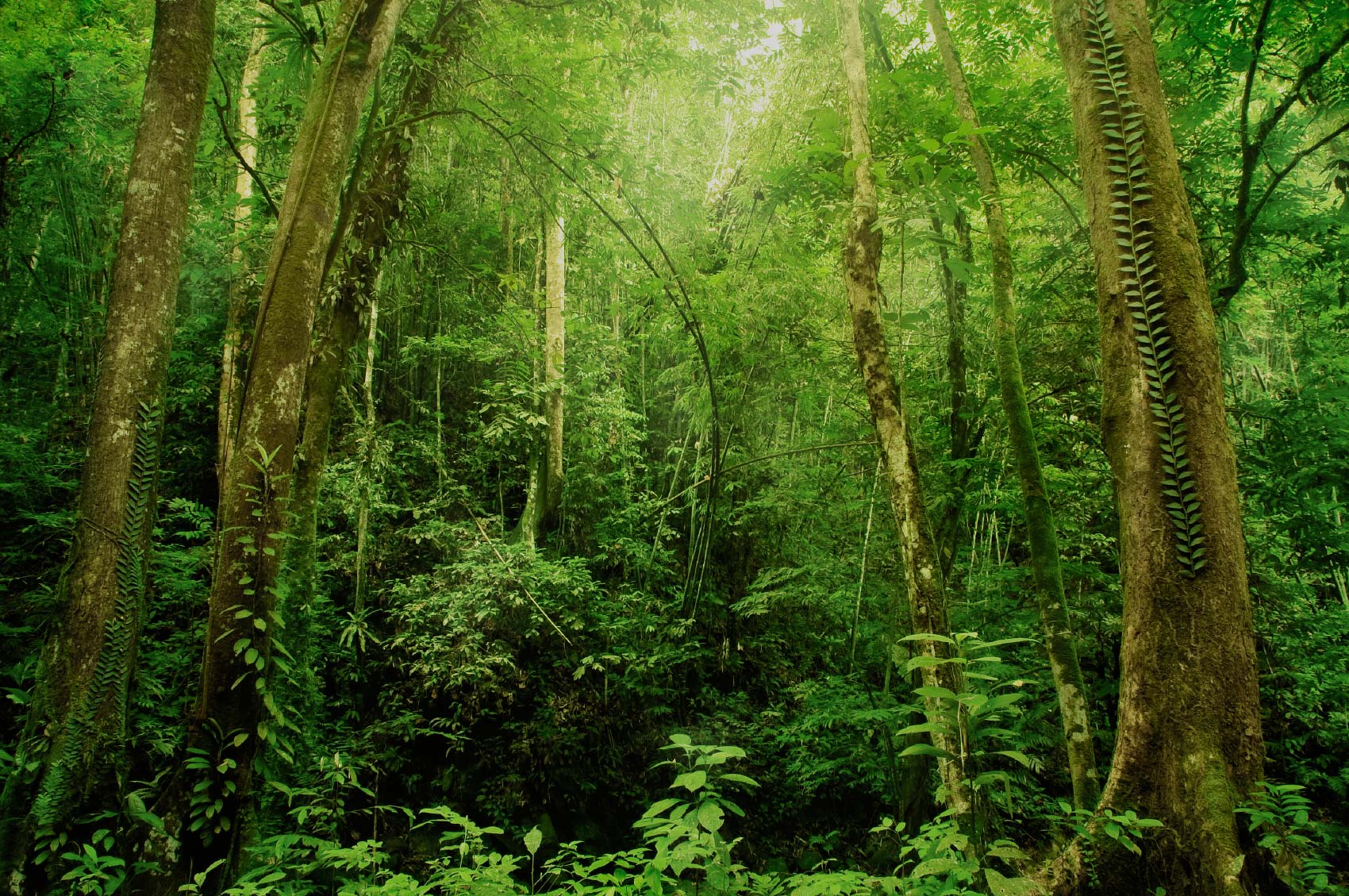